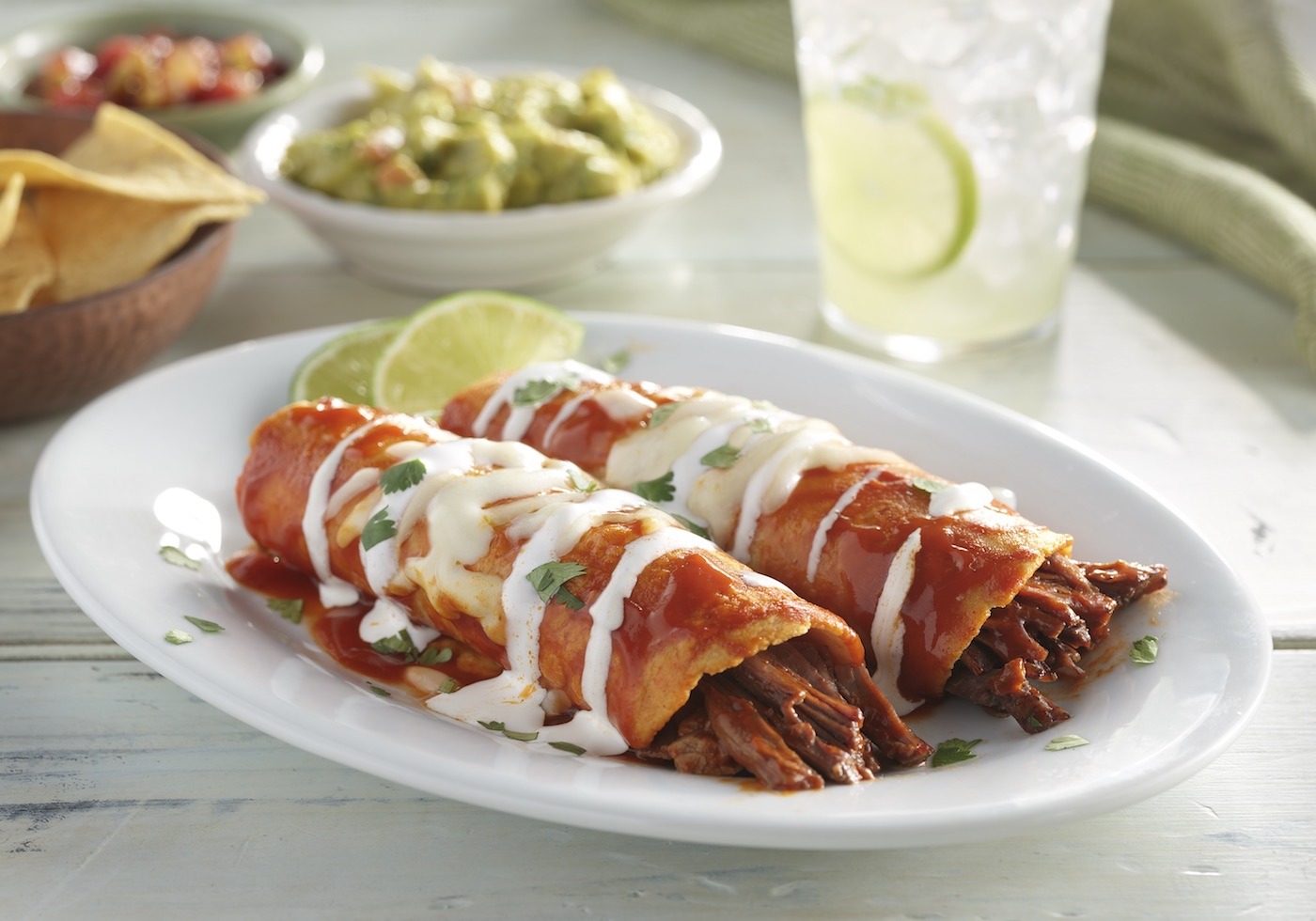 Enchiladas are the third most ordered Mexican entree in restaurants, beating out familiar favorites including fajitas and quesadillas1, according to 2018 Technomic research. What is it about enchiladas that make them so popular? It could be their simplicity, their richly-flavored sauce or their ability to be easily customized for any taste or preference.

A History of Rich Flavor

Enchiladas have deep roots in Mexican culture, reaching all the way back to the Mayans. The people in the Central Valley, which includes modern-day Mexico City, would eat fish wrapped in flattened corn bread called tlaxcalli, or tortilla.

A similar Mayan dish from the Yucatán region, called papadzules, was made of corn tortillas dipped in pumpkin seeds, rolled around boiled egg and then smothered in tomato sauce. Enchiladas made their name in cookbooks as early as 1831 in the first Mexican cuisine cookbook, El cocinero mexicano.

68% of respondents to a 2018 Technomic study said that they find Mexican dishes appealing or extremely appealing2. Plus, Mexican dishes were the second most appealing variety of ethnic food for consumers. Today enchiladas remain popular on menus everywhere, especially throughout Mexico and the American Southwest.

The basic version of an enchilada is a corn tortilla wrapped around a filling, which can include meats like beef, pork, or chicken, then covered in sauce, cheese and other toppings. At MegaMex, we strive for authenticity, so we only use chiles in our enchilada sauce, not tomatoes. This gives our sauce a bold and more authentic flavor. In addition to garlic and Mexican spices, we use two kinds of chiles in our sauce: fresh and dehydrated California chiles and dried pasilla pods.

Of course, enchilada sauce can and is used in enchilada dishes, but how can you spice up the rest of your menu with our sauce’s rich, inviting flavor? Just use your imagination! Enchilada sauce can be used in a multitude of ways, such as a simmering sauce to add vibrant flavor to meats for dishes like beef tacos.

Our flavorful sauce can work its way into non-traditional applications, including a customizable starter sauce for chicken wings, a shrimp po’ boy, or in a delicious bowl meal, like a southern chicken bowl. Get inspired: 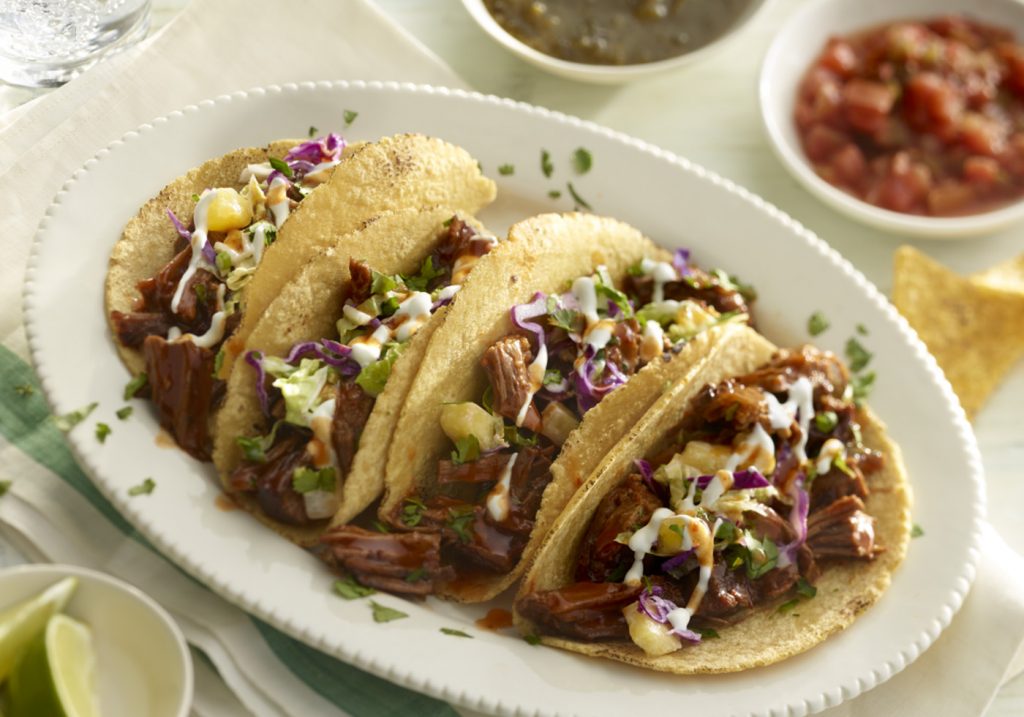 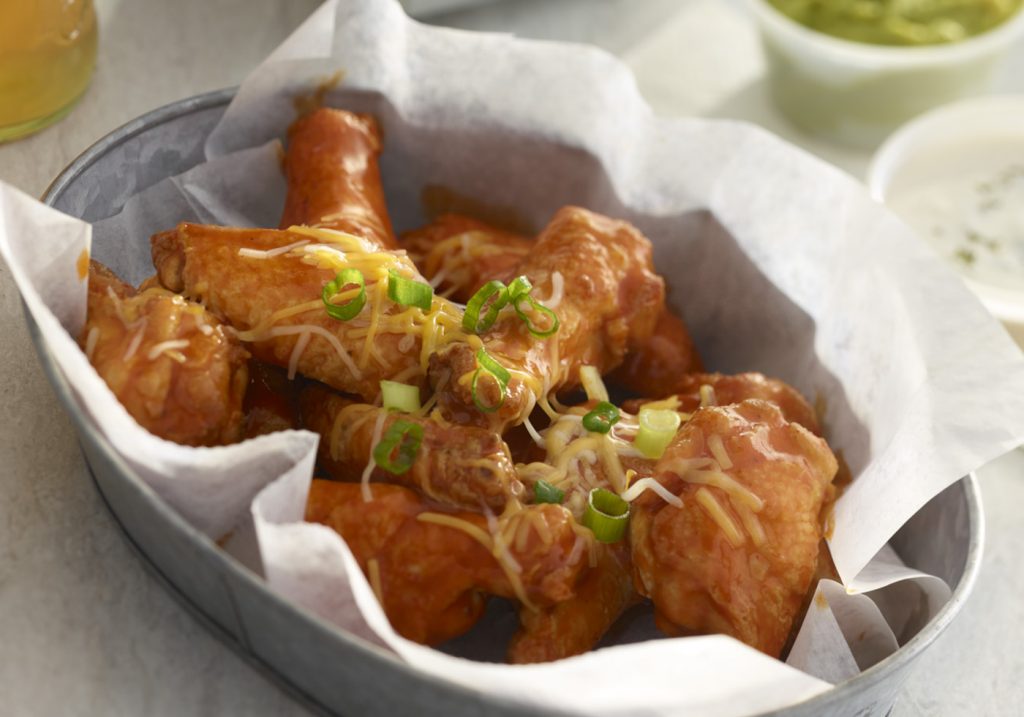 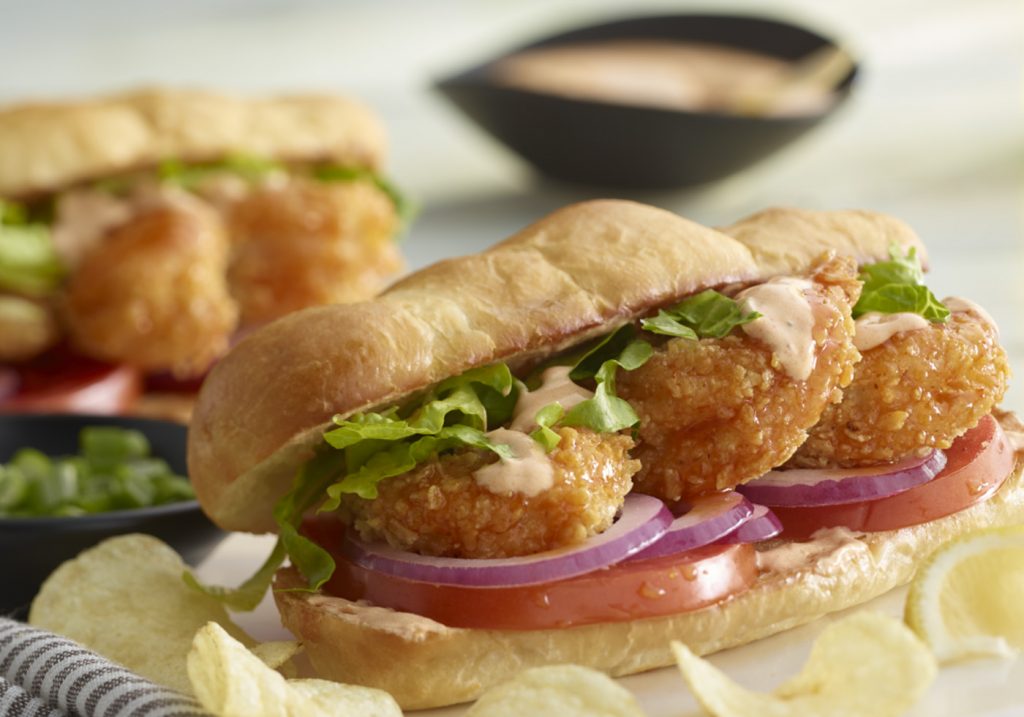 For a twist on the classic po boy, take crispy, tortilla crusted shrimp tossed in a sauce made from LA VICTORIA® Red Enchilada Sauce and honey, then served on a toasted french roll with shredded romaine, sliced tomato, red onion, sour cream, and a drizzle of honey enchilada sauce.

Try using one of these products to spice up your menu:

Excited to add enchilada sauce to your menu? A MegaMex representative can set you up with some authentically appetizing samples. Contact Us >